Bam! In The Childhood - Series 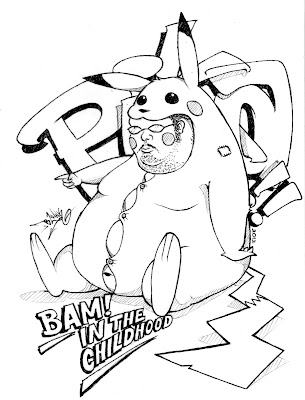 A request from a friend to draw a Pikachu. But I've decided to give it a lil' twist heh heh heh... this will be part of the upcoming "Bam! In The Childhood" series.
No comments:

The Red Dot Concepts 2012 award ceremony was held on the evening of 19 Oct 2012 at the Red Dot Museum, where winners from various countries gather to celebrate their victory. As mentioned during the ceremony by Prof Dr Peter Zec, President of Red Dot Germany, only 6% of all the submitted designs (more than 3000) won a red dot design award this year, and all winning entries were being hand-picked by the board of jury which comprised of independent designers, design journalist and professors from all over the world.

The online exhibition can be viewed at http://red-dot.sg/dconcept/portfolio/view.php?rid=223, or you can head down to the Red Dot Museum (Singapore) to view the winning entries which will be displayed for a year.

Check out my victory walk at: 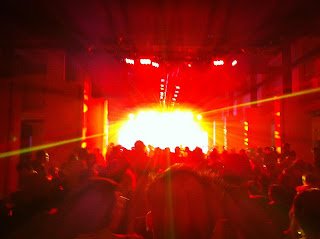 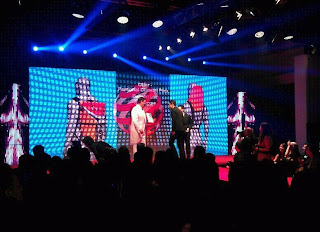 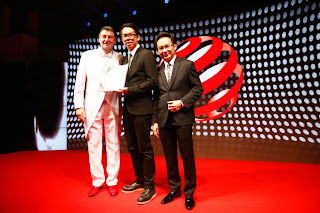 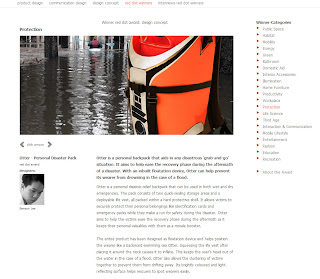 Not too long ago, I joined the ranks of Lasalle students who dominated the Crowbar Awards once again this year. I have been awarded with a Crowbar Awards - Silver for my graduation project, Omamori - Health Monitoring kit. 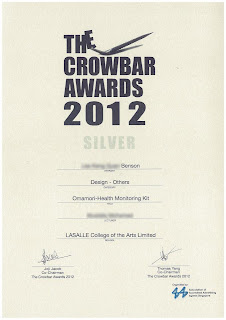 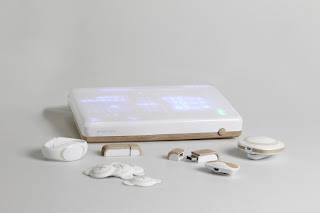 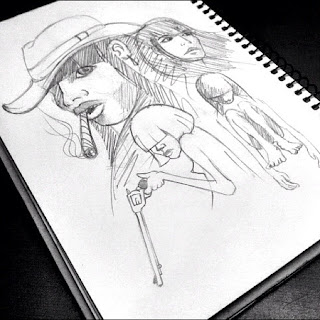 Digital piece by myself and Stranger. 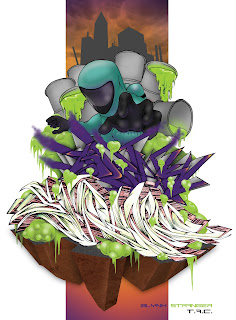 Was commissioned by a friend to do up a wall for her dining room. 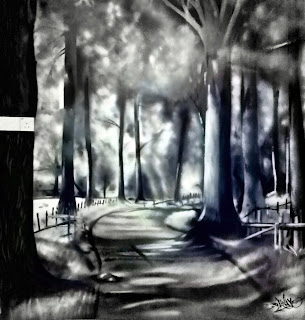 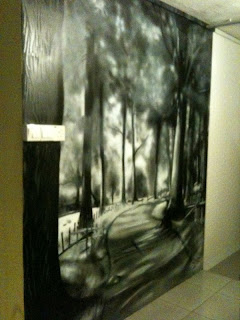 Was commissioned by Mendaki to do a 3 day display and showcase for the Mendaki Learning Festival @ Singapore Expo together with Stanger and Klaxon99. The aim was to showcase what Singapore Graffiti Writers are made of, and to also encourage and educate the public about this often misunderstood art form.

Poseidon by myself, Zeus by Stranger, and Hades by Klaxon99 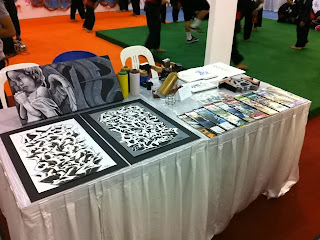 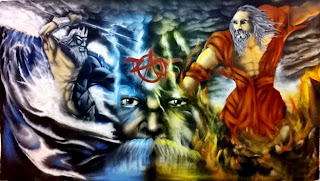 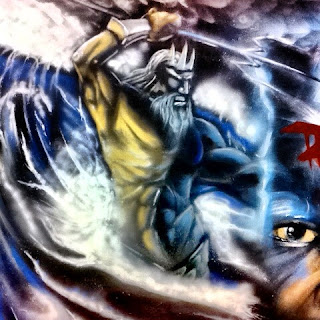 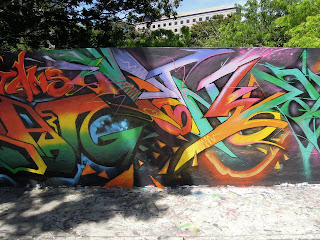 Welcoming our new TAC member Beat, also member of SBC, and reppin DTB. Wildstyle session that almost got stopped by National Youth Council who called the cops on us before clarifying matters.

A big shout out to all TAC members around the world
No comments: 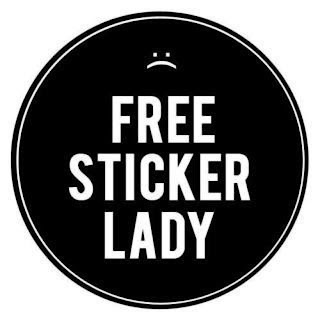 So a person who makes people smile and laugh with her art deserves to be punished more severely than a PRC bus driver who ran over an old lady with no sense of remorse? 3 years jail for someone who brought  smiles to the faces of many who live in this miserable country, compared to few months jail term for the mothafucker who angered entire nation. Where is the justice?

Come on world, I'm giving you a chance to laugh at our pathetic country once again. http://news.asiaone.com/News/Latest+News/Singapore/Story/A1Story20120604-350551.html

Here's the link to view her works
http://skl0.tumblr.com/

My first production with the TAC guys. This was done back on 28 January 2012 together with Dem, Trasem Stanger, Bony, and EBat. 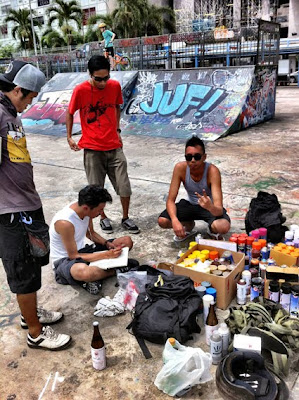 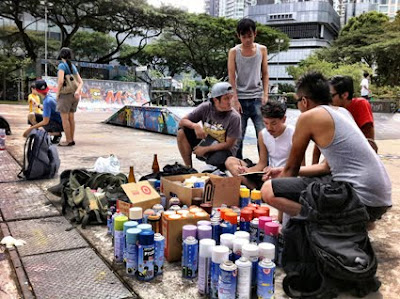 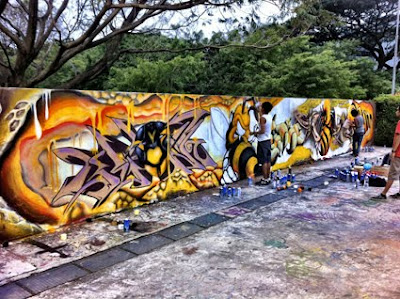 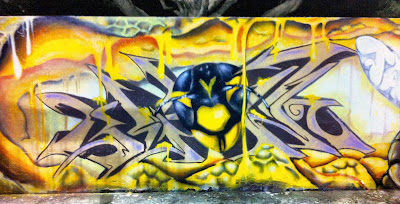 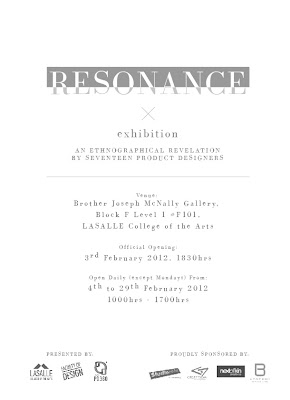 We were once again invited to do a live showcase for the Siloso Beach Party 2011, with the team of 'Hydro'. However, this time it was a little bit different. Each piece was given only and hour time limit to finish and this is what I came up with while everyone is partying hard. 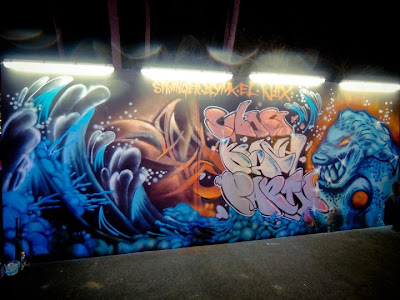 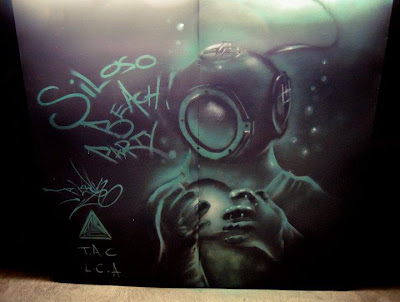 8ft x 8 ft panel by me
The video below was filmed and edited by a fellow crew mate from TAC, Klaxon. Enjoy
Video
No comments:

Blessed by an Angel
Mohican Love